The Rise of Postmaterialism in Mental Healthcare

The Rise of Postmaterialism in Mental Healthcare 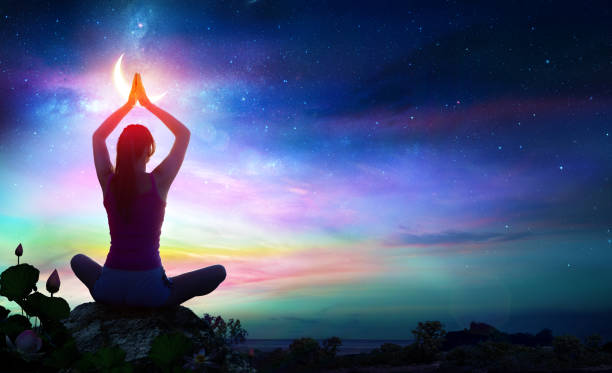 Despite the universality of spirituality, we have been slow to investigate spiritual experiences and practices such as yoga, meditation, mediumship, and Reiki, thereby preventing their integration into society and retaining their status as taboo or unscientific. A brief visit into our past and our current paradigm might shed some light on this puzzling neglect.

As a species, we have ridiculed, imprisoned, tortured, murdered, and even vivisected the mentally ill. And we have given the same treatment to people practicing spirituality, even when the practices were for healing, calling them witches, sorcerers, and heretics. Throughout human history, many belief systems have held the view that humans who were mentally ill, especially those who had visions or hallucinations, were possessed or controlled by demons or some sort of evil force. Society has dealt with these alleged demon-inflicted people in a variety of ways depending on the religious or cultural program. They have been exorcised, imprisoned, tortured, hung, and burned alive.

Even during the recent past in Western society, the mentally ill have been routinely imprisoned, tortured, lobotomized, and experimented on[i],[ii]. Today, we primarily use medication and psychotherapy to assist those who battle their figurative demons, but many mentally ill individuals are still locked up in prisons, perpetuating their personal torment.

The horrendous acts of cruelty and stigmatization toward the mentally ill have programmed society into a fear of being “crazy” or of deviating from the norm, likely thwarting others from seeking altered states of consciousness or spiritual experiences and healing practices, thereby suppressing spiritual growth and understanding.

Scientific materialism is the outdated idea that matter is the only reality, that everything we perceive and experience can be reduced to interactions of matter. The materialist program contributes to the reason why psychiatric drugs are a multibillion-dollar industry in the United States alone[iii]. Most people can list multiple psychopharmaceuticals such as Prozac, Xanax, and Zoloft, and the use of antidepressants has doubled between 1999-2012[iv].

Despite the normality of psychopharmaceuticals, colloquially humiliating phrases such as “someone forgot to take their meds today” keep people in line and maintain the program of not acting outside of the norm. There is no doubt that these medications can help ameliorate symptoms, but maybe we should be looking deeper.

Spiritual experiences have not always been demonized. In other programs or cultures (e.g., indigenous), mystical and transcendent experiences are sacred gifts and mark an initiation into becoming a healer or spiritual teacher. In contrast to the approach of other cultural programs, in the scientific materialist paradigm mystical experiences are often viewed as delusional and require intense, immediate treatment—most often a cocktail of antipsychotics, rather than initiation into a revered position or lineage. Therefore, the materialist paradigm is likely preventing and/or suppressing the need for individuals to process and integrate their mystical and spiritual experiences.

Given the materialist program, little attention is paid to whether someone’s transcendent, mystical experiences or visions have any value to inform, create, heal, or reveal any truths. In- stead, these types of experiences are greatly feared in Western society and usually result in immediate medication without understanding.

But, are people who are spiritual or have spiritual experiences more likely to be mentally ill? Based on an analysis of studies over the past 20 years, the opposite seems to be the case. Overall, people who were spiritually or religiously oriented were less likely to suffer from mental illness[v]. Because of the value of spirituality to positive mental health, a paradigm shift is occurring in which spirituality is finally being integrated into psychotherapy[vi].

Fortunately, both spiritual experiences and mental illness are becoming less taboo, and more people are using practices and forms of therapy that are not supported by the materialist paradigm. As evidence of this, there has been an exponential increase in both the practice of and research regarding many cross-cultural practices that have their origin in non-materialist paradigms, such as mindfulness, meditation, yoga, and energy medicine including Reiki. The rise in psychedelic medicine is at the junction of materialist and postmaterialist mental healthcare, as many patients have deep mystical experiences with psychedelic assisted psychotherapy that contribute to their healing, yet it is still achieved through pharmacological means.

Owing to the persistent problem of scientific materialism, spiritual and transcendent experiences are only just beginning to be scientifically evaluated, despite the widespread cross-cultural experience of transcendent states of being. In the last two decades, scientists have generated a collection of evidence suggesting that when people practice techniques and have experiences that are incompatible with the ideology of materialism, they experience profound benefits to their health and wellbeing.

The research that does exist reveals that spiritual practices can increase social, cognitive, emotional, physical, and spiritual wellbeing, beneficially change brain function and structure, enhance immune function, and promote beneficial gene expression[vii],[viii],[ix],[x],[xi],[xii],[xiii],[xiv],[xv],[xvi],[xvii]. Over time, these practices change the structure and function of the brain in such a way that it becomes easier to maintain peaceful minds, improve mood, and harness greater self-control, thereby positively reprogramming our physiology and psychology into homeostatic wellness.

The bottom line is that the days of fearing spiritual or mystical experiences and attributing them to demons or mental illness seems to be coming to an end, although there will certainly still be ideologies that continue to demonize such aspects of the human experience. Of course, we are free to believe what we want. What matters is that our mainstream culture allows for the investigation of such states and their therapeutic potential and does not condemn those who connect with higher states of consciousness. Thankfully, the openness to spiritual experiences and healing is trickling into positive transformations within healthcare, education, and even prison systems. I believe the next decade holds great promise for our collective spiritual transformation and growth. This growth serves to connect us with the truth of who we are as the collective consciousness of humanity, united through universal love.

[xii] Hagen, I., & Nayar, U. S. (2014). Yoga for children and young people’s mental health and well-being: research review and reflections on the mental health potentials of yoga. Frontiers in psychiatry, 5, 35.